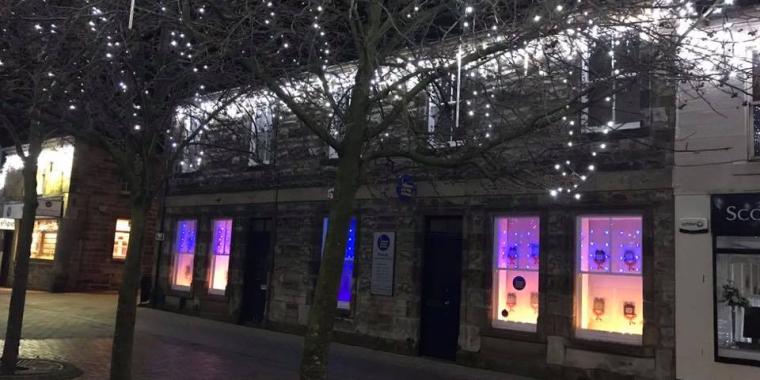 Sir Geoff has been a trustee of Penicuik CAB since 2004. He was awarded a knighthood in 2014 for his services to human rights, science and charity. He is a long time resident of Penicuik and was granted the honour of Freeman of Midlothian  in 2012 and received a Lifetime Achievement Award at the 2021 Pride of Scotland Awards.

Mr Palmer is also a celebrated scientist and academic, and Chancellor of Heriot Watt University.

In 1998 he was awarded the ‘Nobel prize for brewing’, the Award of Distinction from the American Society of Brewing Chemists.

Penicuik CAB was founded in 1976 and continued to deliver advice during the pandemic, unlocking over £2.2 million in gains for people in the area.

We’re really lucky to have been able to count on Sir Geoff’s skills, experience and expertise for all these years,

Naming the building after him is a small token of the appreciation we have for the time he has dedicated to Penicuik CAB. That’s what the Citizens Advice service is really all about - local people helping each other in their community”